AI and Arts – Should Artists Be Concerned About the Future of their Profession?

14 June 20194 February 2020 admin Comments Off on AI and Arts – Should Artists Be Concerned About the Future of their Profession?

Art is evolving. People often strive to evolve and take everything a step further, whether in art, music, and athletic performance or otherwise. People want to move everything to the next level. Technology is one of the things that is developing the fastest. Technology is developing so rapidly that people often struggle to keep up. Stop getting updates about the newest CPUs and in three years’ time, you will be surprised how nothing is the same and what used to be relevant is no longer even in discussion unless it is used as an example of the obsolete.

Just like technology, art is finding ways of evolving. Some of that comes from the artists themselves, but another approach has been around for the past 40 or so years. Artificial intelligence art is what is a new driving force in the world of art. It is here to innovate, whether we like it or not. But, should artists be concerned about their jobs in the future? Well, not likely, but it is an interesting topic, worth diving into.

The first form of AI art is algorithmic art, where a certain algorithm is made which is then used to generate art. The first of its kind, or rather, one of the earliest examples was created by Harold Cohen in 1973. The program was created to make drawings and was named AARON. AARON was then worked on, but was still fundamentally obstructed by the will of the artist.

AI art evolved when artists started feeding images to the machine, so that it can learn what art is, after all. Modern approaches include GANs, or generative adversarial networks. They are called adversarial because the two parts oppose one another. One part does the creation of random images, while the other judges those images based on what it has been taught. It is a very interesting concept, yet still with lots of room to grow. 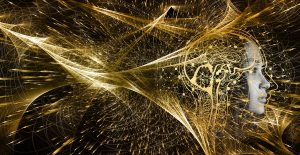 This creation can be considered a full fledged artist, which has already had some of its works sold for 16,000 dollars, even. With that in mind, the AI was taught to do things differently. It was taught art as it already is or rather, as it has been up to now, but it has also been taught that it has to innovate, otherwise it will be penalized. These two things contradict one another, obviously, but as artists are more likely to capture the attention of the world by innovation, so will an AI. Well, an AI artist by itself is attention-worthy, but an AI which also innovates is even better.

Should Artists Be Concerned?

The short answer is no. The longer answer is, firstly, AI needs a lot more time and effort to actually become an artist, because art is more than just paintings. What about sculptures, music, performance or other forms of art? AI will need a lot of time to master these things, if it ever does (which is likely, though). But, with that in mind, AI art will most likely become a form of its own, or an approach to art, which will not eliminate humans and human art in any way. If nothing else, it might make it even more desirable.

Artists, both AI and humans, will most likely coexist in the upcoming decades.

5 Brilliant Artist Websites You Can Visit to Get Inspired

Is analog photography worth it?