Ever since prehistoric times, people have had the urge to create things. People have often found inspiration, both within themselves and in the outside world, and created things that made an impression in their minds. Art can take various forms, but paintings and sculptures are the two oldest forms of art that humankind has to offer. Unlike paintings, statues do not necessarily need to be indoors, and you can come across a dozen if you take a walk around your city. Here are some of the world’s most famous sculptures of all time. 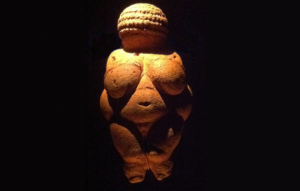 Asia has given its fair share of art to the world, and we are forever grateful for it. Chinese people are known for undertaking large projects, such as the Wall of China, and the Terracotta Army seems like a logical choice, as it is just as impressive in terms of its size. This discovery was probably one of the most massive in the history of archaeology when more than 8,000 soldiers were discovered near the tomb of the First Emperor of China. The clay soldiers were probably placed as the Emperor’s guard in the afterlife. It is important to note that their facial expressions differ, and each soldier’s face is unique, although they may have similar expressions. 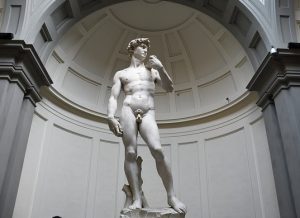 This is probably one of the most iconic pieces of art in the history of art. This work of art, made by Michelangelo at the beginning of the sixteenth century, is universally recognized all over the globe. Aside from being incredibly popular, David is said to possess the perfect human physique, which only makes us marvel at the skill with which the creator of the statue approached his art. The sculpture weighs around six tons, which is part of the reason why it could not be fitted onto the roof of the Duomo cathedral in Florence.

Auguste Rodin is the author of this bronze sculpture, which is famous around the world. It consists of a man sitting on a rock and thinking deeply.  Originally, the Thinker was supposed to be a character from Dante’s Divine Comedy, but Rodin changed his mind. Influenced by Michelangelo’s work, he sought to create a figure which would embody physical strength and beauty, as well as intellect and poetry.  It seems to have worked well, for the Thinker has become a synonym for philosophers and intellectuals.

This is the official name of Anish Kapoor’s famous sculpture, which people prefer to call The Bean. It is made from stainless steel plates, which are joined together and polished, resembling a giant bean. The sculpture is meant to reflect and distort the landscape, and present a warped image of the city. It remains a very popular tourist spot, and it is even more impressive if you know that Kapoor did not draw this shape with the help of a computer, but rather the old-fashioned way.

5 Brilliant Artist Websites You Can Visit to Get Inspired

AI and Arts – Should Artists Be Concerned About the Future of their Profession?